Tessa Lovell, our Federation Archivist has produced this very comprehensive article about the Federation and how to look after our archives.  You can download this for your WI as a PDF file

As well as a guide to record keeping for Herefordshire Federation WIs this document also provides information for those researching the history of the WI in Herefordshire. For further information see contact details in Appendix A. 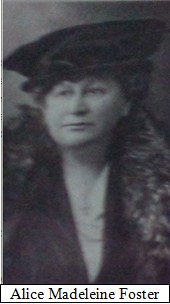 Mrs. Kevill-Davies was largely responsible for the formation of the Federation and became its first Secretary. It was she who persuaded the National Chairman, Lady Denman, to visit Hereford when she gave added impetus to the Movement leading to a stall in the Butter Market and the formation of the Produce Guild with its Club and weekly WI Markets in the city and the four market towns in Herefordshire. 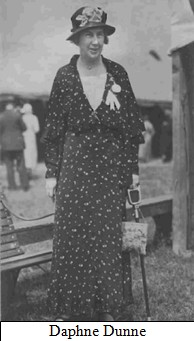 The WI’s reputation for handicraft skills was advanced by Mrs. I. Harding of Aston Ingham WI who founded the extant Handicrafts Club in 1946. Cleverly, meetings were held on market day, the only day when members were able to travel to Hereford due the shortage of public transport and petrol for private cars. As part of the Federation’s Golden Jubilee the Club presented a County tablecloth to the Federation. 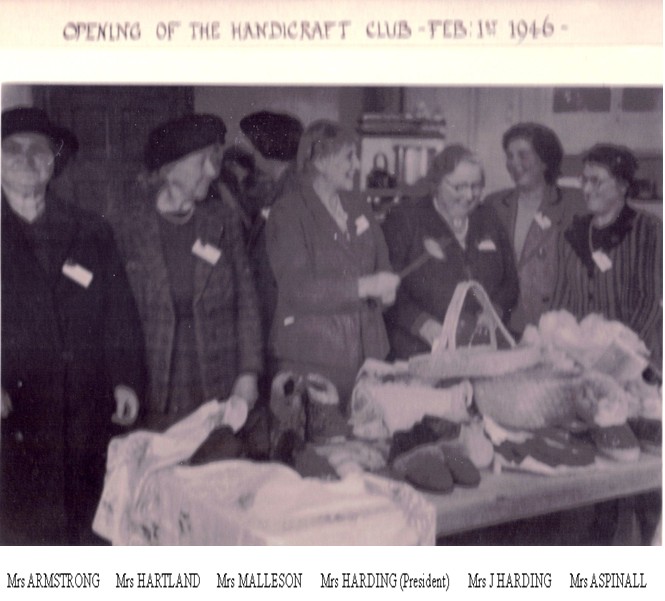 After periods in rented offices in Broad Street (1956 – 1979) and Hereford House in East Street (1979 – 1989), the Federation was finally able to purchase the current WI House. This was officially opened on 29th March 1989 by the National and Federation Chairmen, with the Bishop, Mayor and Mayoress of Hereford in attendance. Other highlights include the visit of Their Royal Highnesses the Prince and Princess of Wales to a luncheon for five hundred guests prepared by members in 1985. A series of “An Evening with ....” was held in 1999/2000 where guests included Edwina Currie, Henry Sandon, Jennies Pitman and Bond. The Queen’s Golden Jubilee was celebrated with a Tea Party at the Bishop’s Palace.

The Federation is fortunate to have been able to mark previous anniversaries in the magnificent setting of Hereford Cathedral. These include a service for the Diamond Jubilee featuring the WI Choir, a “Home and Country” Flower Festival in 1990, a recital ten years later and a choral evensong and thanksgiving service in 2010. It is fitting that the centenary was commemorated in the same venue.

The majority of the archives of Women’s Institutes (WI) in Herefordshire are held on loan in the county record office, the Herefordshire Archive and Records Centre (HARC) 1. Textiles deposited from 2020 onwards will be held by Hereford Museum. 2 In the main, WI House 3 holds items from suspended WIs during the three year suspension period. The remaining items are held by individual WIs, museums, local history societies, churches and village halls throughout the county. The Federation archivist 4 is currently building a catalogue of all these items so that researchers will be able to locate records of interest more easily.

5 GUIDE TO ARCHIVING FOR WIs

Why should we keep an archive?

The archive provides a history of Herefordshire Federation and WIs as well as a social history. It is used by researchers of women’s history.

The following are all risks to mitigate when looking after archives:

When deciding what to keep two questions should be asked:

Publications, other than anniversary certificates, issued by NFWI, Denman and HFWI should not be submitted for archiving at HARC as these will be stored in the archives of the respective issuing organisation. This avoids duplication of records and saves on much needed storage space.

Per the guidelines, the retention period at a WI for items to be permanently archived is flexible. However it is recommended that records are deposited on loan at HARC where they can be stored in the optimum conditions. If items are to be kept long term it would be worth investing in acid free archive boxes available at cost from HARC 6.

Archives should be kept:

Avoid storage in lofts (subject to extremes of temperature) and cellars (prone to flooding).

5.5 How should items be stored?

Records should be held flat – loose or in folders within lidded boxes (NOT plastic) to exclude light and dust. Ideally packaging should be acid free but this can be expensive. Use cotton tape (not string) and brass paper clips (to avoid rusting).

Plastic has poor aging qualities and thus deteriorates rapidly causing damage to materials that it comes into contact with. As an example Sellotape ® degrades quickly, causing the plastic section of the tape to discolour and separate leaving the adhesive and yellow staining on the document.

Exploding volumes are a familiar occurrence in WI archives where printed minutes are stuck in the traditional Minute/Record books. If your WI is generating printed records retain them as loose sheets in a folder marking each sheet with the following information:

Word and Excel both have options in their page set ups for headers and footers where this information can be set up and generated automatically on each page. Contact the Federation archivist 4 if you need help with this.

Keep a note of what is held in your WI’s archive and of any items borrowed to ensure their safe return.

Date (with four digits for the year) and label all items. Years down the line no one will know/remember the details of the records and photographs in your archive. Without such information items would most likely fail the evidence and usefulness tests mentioned above thus bringing into doubt their value to the archive.

The advice from a professional archivist is as follows:

Ideally each WI should have its own archivist responsible for caring for the WI’s records. These should be clearly marked and passed back to the WI if the role is relinquished.  Sadly there have been instances where records have been lost or damaged due to members moving away or storage in inappropriate conditions.

5.9 Procedure for items to be deposited at HARC

There is currently a backlog of cataloguing of WI items deposited at HARC. Therefore there is no oversight of such items. So WIs are asked to bring items to be deposited there to WI House. These will be added to the HFWI catalogue and will then be taken to HARC for safe keeping.

In the case of WI suspension items should be taken to WI House where they will be retained for the three year suspension period. Thus if the WI reforms within the allocated time span its records can be returned. If not they will be deposited at HARC and Hereford Museum (textiles)